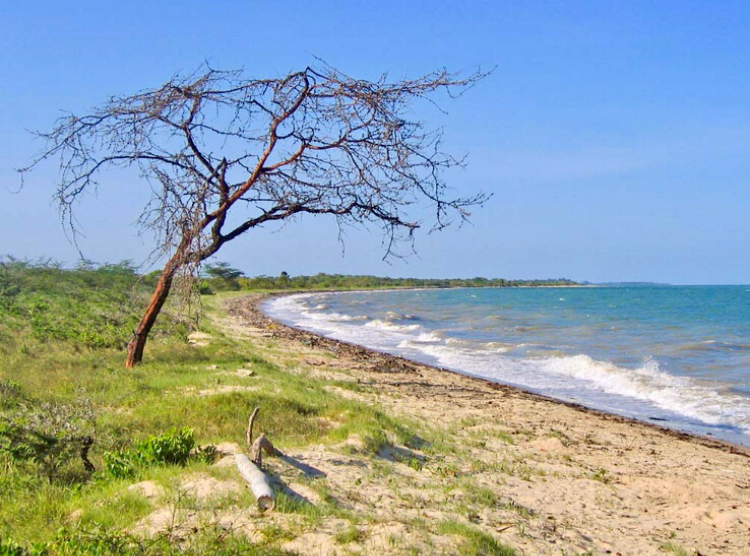 Located in the center of the historic triangle of Bagamoyo, Pangani and Zanzibar, Saadani National Park covers 1100km square. It is the only wildlife sanctuary in Tanzania bordering the sea. The climate is coastal, hot and humid. It offers a unique combination of both marine and mainland flora and fauna in a culturally fascinating setting. About 30 species of larger mammals are present as well as numerous reptiles and birds.

Besides many species of fish (over40), green turtle, Humpback whale and dolphins also occur in the ocean nearby. Gazetted in 2005, it encompasses a preserved ecosystem including the former Saadani game reserve, the former Mkwaja ranch area, the Wami River as well as the Zaraninge Forest. Many villages exist around the boundaries of the park. Before being included in the national park, the zaraninge forest was managed by the World Wide Fund for nature (WWF) whose goal was to preserve the extremely high botanical diversity of one of the last coastal rain forests remaining in Tanzania.

Saadani village once was an important harbour-town and slave trading center in east Africa. Now it is a small Swahili fishing village with about 800 inhabitants whose livelihood is mostly fishing. Other villages adjacent to the park make their living through farming especially coconut growing. After periods of Portuguese and Arab domination, the region gained importance in 18th and 19th century following a rising international demand for ivory and slaves.

The actual Saadani village emerged with towns like Bagamoyo and Pangani as new trading centers connecting Zanzibar with long-distance trade routes from Tabora. At the end of the 19th century, Bwana Heri bin Juma was ruling Saadani. In oral tradition he is the mythological founder- hero of the village as he resisted all Zanzibari attempts to occupy the town and defeated the sultan`s troops in 1882. In 1886 the German protectorate`s borders were established. Two years later, the coastal people organized resistance against the Germans under the joint leadership of Abushiri bin Salim al Harth and Bwana Heri. On 6th June 1889 Saadani was bombarded and taken by Germans. Bwana Heri being considered by the Germans as an honorable enemy, he was told to rebuild Saadani.

Saadani`s and Bagamoyo`s caravan trade declined at the end of 19th century while Dar es salaam rose to be the most important trading center of the coastal region. Commercial production along the coast, such as rice, sugar and copra, which were exported to Zanzibar and the Indian Ocean, disappeared after the German invasion. These were replaced by cash crops such as coffee, cotton and sisal for the European market. Following the transfer of the protectorate to the British after the First World War sisal, kapok, cashew estate and cattle ranches were established in the Saadani area. Ruins of stone houses still bear testimony to the former flourishing condition. An old Germany boma (Government house) and several graves can still be found in Saadani.

The humid savannah of Saadani National Park can be divided into three easily distinguishable types; tall grass savanna with herbaceous cover growing up to 2m and scattered palms; short grass grazing land mostly situated on former sisal plantation and black cotton plains where the clay soil creates particular harsh conditions. Moreover different degrees of tree covers can be distinguished: typical for Saadani is Acacia Zanzibarica with its long spines, which cover large areas of the park. Inhabitants of the tall grass savannas are the buffalo which weight up to 850kg, several herds of hartebeests can be observed grazing in Saadan National Park.

The common waterbucks occur all over the park area. Weighting up to 270kg these grazers can be easily recognized by the white ring around their tails. The density of reedbucks is especially high in Saadani National Park, although this medium-sized antelope (45kg) might be difficult to spot in tall grasses where they lie down for shelter. Warthogs are also omnipresent and even come into Saadani village. As most of the villagers are Muslims, warthogs have learned that they will not be harmed. The tallest animals in the world and the National symbol of Tanzania: giraffes are numerous in Saadani National Park .Their tongues have special callus plates which make them particularly well adapted to browse on spiny acacia trees Large herds of white-bearded wildebeests also graze in the short grass savannas. They were released in the area in the 1970's. Other introduced species are plains zebra and Eland.

The lion which is the largest of the Africa carnivores is also found in Saadan, although it is rarely seen. At night you may also hear the hyenas and encounter genets, porcupines and civets. Other species which can be observed within the perimeter of the park are bushbucks, bush pigs yellow baboons or velvet monkeys.

From East to West, the open ocean with coral reefs changes to brackish water ecosystem characterized by mangrove forest, salt pans and bare saline areas. Further inland, the Wami River is the most important fresh water source beside numerous temporary rivers and dams. At low tide the sea retreats up to 100meters and form a convenient passage for local people and wild animals. These beaches are the only places North of Dar-es-salaam where sea turtles still come to lay their eggs. The most common species is the Green Turtle, the largest of the hard-shelled sea turtles. Beside nest thieves on the beach, turtles are particularly threatened by commercial fisheries and water pollution. The marine extension of the park includes the Mafui sandbanks, whose colorful coral reefs are important breeding site for many fish species.

Evergreen mangrove trees grow in the transactional zone, just above the mean sea water level. These salt tolerant tidal forests provide a resting and feeding place for many birds' species, bats, monkeys, hippos and reptiles. Numerous species of fish such as prawns also lay their eggs in these protected habitats.

The high demand for the resistance mangrove wood leads to over exploitation, making the protection of these forests even more important. In Saadani National Park, large mangrove forest grows along the Wami River. This is also the place where large group of hippos can be observed. Nile crocodile also live here. The Wami River is also a very good place for watching birds such as kingfishers, fish eagles and many species of wading birds

The less known coastal forest is characterized by a high biodiversity with many plants occur only this area (endemics). Forest plays an important role in protecting the soil against erosion and thus regulates the water cycle. Besides the two large forest of Zaraninge and Kwamsisi, many of the smaller patches of forest and shrubs represent an important habitat for animals. These forests and shrubs are vulnerable to illegal logging, charcoal production and farming expansion.

In Saadani, elephants are relatively shy and usually hide during the day in woody parts of the park. Leopards are also found in dense bushes and trees (thickets). Seldom seen these animals are mainly nocturnal and can live in close proximity to humans. Other showy animals living mostly in woody areas are Greater Kudu and smaller antelopes such as Suni and Duiker. The crown of trees are inhabited by colubus monkeys which is almost like other monkeys, subsist mainly on leaves, strictly nocturnal bush babies as well as many fruits eating birds species, insect and butterflies. 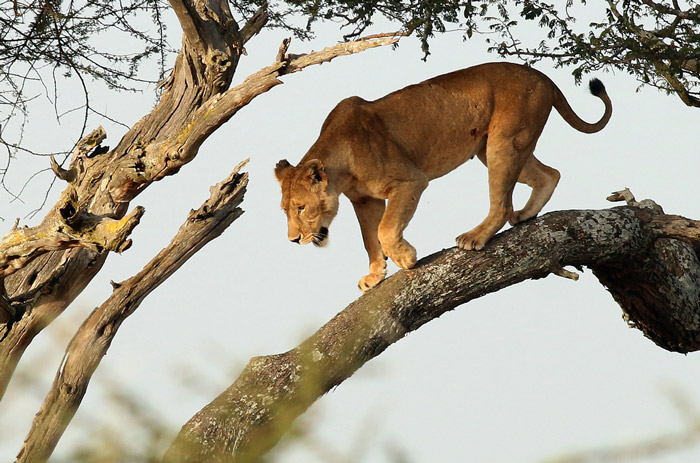