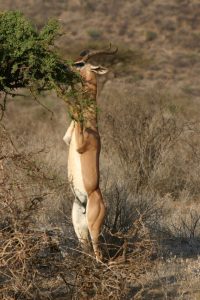 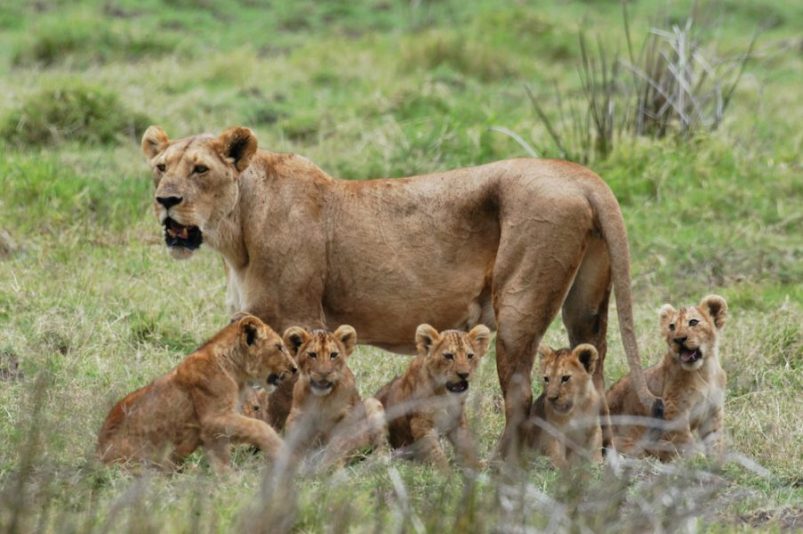 The park is rich in plant-life and animals such as Greater Kudu (Tragelaphus strepsiceros) that can not be found in any other national park. The park boasts of a seemingly untouched and unexplored ecosystem. Making Ruaha a very unique experience.

The Great Ruaha River as other rivers like the Mwagusi, Jongomero and Mzombe are the lifeline of the park. During dry season, these rivers become mostly the main source of water for wildlife. There are few natural springs. The remaining water falls along the Great Ruaha River is an important habitat for hippopotamus, fish and crocodile.

Ruaha National Park has a bi-modal patterned rain forest. The short rainfall season begins November to February, while the long season is between March and April. The annual rainfall ranges between 500mm-800mm with the average annual temperature of about 280c. The park experiences its dry season between June and October when the temperature at Msembe reaches 350c.

The park history dates back to 1910 when it was gazetted Saba Game Reserve by the German. Then in 1946 the name was changed by the British to Rungwa Game Reserve. In 1964 the southern portion of the Game was declared as Ruaha national. In 1974 a small section of the South Eastern part of the Great Ruaha River was incorporated into the park. The name “Ruaha” originates from the Hehe word “Ruvaha”, which means “river”. Ruaha National Park is part of Rungwa-Kizigo –Muhesi ecosystem which covers more than 45000km. In 2008 Usangu game Reserve and other important wetlands in Usangu basin have been annexed into the park, making it the largest park in Tanzania and East Africa with an area of about 20226km2.

With more than 571 species, Ruaha is one of Tanzania's bird paradises.  Some of them are known to be migrants from within and outside Africa. Migrating species from Europe, Asia, the Australian rim and Madagascar have been recorded in the park. Species of interest include the Ruaha red-billed horn-bill (Tokus ruahae) which is dominant in the area. The recently annexed wetland and the Usangu basin are one of the country's most important bird areas, (IBA) as recognized by Bird-life International. The best time for bird watching is during the wet season.

Ruaha is believed to have a higher concentration of elephants than any national park in East Africa. It is also a place where, magnificent mammals like Kudu (both Greater and Lesser), Sable and Roan antelopes can easily be spotted in Miombo woodland. The male Kudu have beautiful spiraled horns while female Sable antelope have impressive curved horns. The park is also a habitat for endangered wild dogs. Other animals in the park include lions, leopards, cheetah, giraffes, zebras, elands, impala, bat eared foxes and Jackals.

Apart from large animals, the park also harbors a number of reptiles and amphibians. Crocodiles, poisonous and non-poisonous snakes, monitor lizards, agama lizards and frogs can be found here. The Great Ruaha and Mzombe rivers are presumably the most preferred habitat for crocodiles.

There are several historical and cultural sites in the park which offer a visitor a chance to explore the Southern Tanzanian tribes. The early trade routes used by the Arab caravan crossed here. In 1830 these coastal traders expanded their routes northward. 1857 to 1858 European explorers such as Burton and Speke used these routes too.

In brief, it is believed that, this ancient land (Ruaha National Park) holds many secrets of Chief Mkwawa. Some of the cultural sites that were used for rituals are "Ganga la Mafunyo", Nyanywa and Chahe, Painting rock at Nyanywa, the "Gogo" chief "Mapenza" grave at Mpululu and "Mkwawa" spring area believed to be used by Chief Mkwawa. Other historical sites near the park include Isimila pillars near Iringa town, Kalenga, Mlambalasi, Lugalo and God's bridge just to mention a few.

The river systems are of ecological significance for the park itself and country at large. Main rivers include the Great Ruaha, Mzombe, Mdonya, Mwagusi and Jongomero.

The Great Rift Valley crosses the park. The escarpment wall along the western valley side is about 50-100m high in the north-eastern parts, increasing in height to the southwest. It is considered that, the valley of the Great Ruaha River is an extension of the Great Rift Valley. The Great Ruaha River flows for 160km long along the entire eastern boundary through rugged gorges and open plains.

Natural springs occur throughout the park and they are associated with the base of the Western Rift Valley escarpment. Most notably Mkwawa, Mwayembe, Makinde and Majimoto springs. These are dry season refugees for wildlife also when most other rivers dry up. The park has undulating land and hills including kilimamatonge, Nyamasombe, Nyanywa, Chariwindwi, Igawira, Mwayiui, Kibiriti, Magangwe, Ndetamburwa and Isukanvyiola. These act as kopjes creating good habitat for animals such as klipspringer which are abundant in these hills.